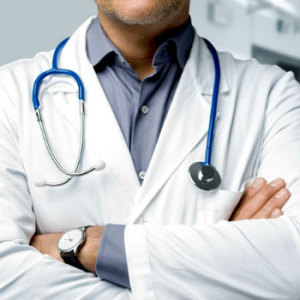 The Uterus is the main organ of the reproductive system of the woman. In this article, we will learn about the uterus, its sizes, abnormalities and changes along the life.

Pons Medical Research is a leading surrogacy provider in Ukraine.

We recommend informing your fertility specialist about any symptoms of uterus abnormality as soon as possible to have a healthy pregnancy. Pons Medical Research offers Guaranteed Pregnancy under our Guaranteed Surrogacy Program. Contact us for a free consultation on your infertility issues.

The uterus is a smooth-muscular hollow organ located in a woman’s pelvic area. In shape, the uterus resembles a pear and is mainly intended for bearing a fertilized egg during pregnancy. The weight of the uterus of a nulliparous woman is about 50 g (for nulliparous – from 30 to 50 g, for those giving birth – from 80 to 100 g), the length is 7 to 8 cm, and the largest width is about 5 cm. Owing to the elastic walls, the uterus can grow to 32 cm in height and 20 cm in width, sustaining a fruit weighing up to 5 kg. During the menopause the size of the uterus decreases, atrophy of its epithelium occurs, sclerotic changes in blood vessels.

The uterus is located in the cavity of the small pelvis between the bladder and rectum. Normally it is tilted anteriorly, on both sides, it is supported by special ligaments, which do not allow it to descend and, at the same time, provide the necessary minimum of movement. Due to these ligaments, the uterus is able to react to changes in neighboring organs (for example, bladder overflow) and to take an optimal position for itself: the uterus can move back when the bladder is filled, forward with a rectum overflow, rise up during pregnancy.

The size of the uterus is not the same in all women, but depends on:

-age;
-growth;
-weight;
-healthiness;
-the number of children;
-from the presence in the anamnesis of frozen pregnancies, miscarriages or abortions;
-postoperative diseases and operations;

But nevertheless, there are frames that determine the norm size of a healthy uterus:

The size of the uterus changes during the woman’s life:
-with the onset of puberty;
-in the time of pregnancy;
-and in the period of postmenopause;

The newborn female uterus is about four centimeters long. By the end of the year, an involution of the organ will take place, it will decrease approximately twice and it will be the same up to 7 years of age. From the seven years-old age until the end of the period of puberty, it gradually increases and acquires normal parameters.

What is considered as normal?

For a mature woman who has not given birth, the size of the uterus is normal, if the length, including the cervix is 7-7.9 cm, the width is 3 to 3.9 cm, the anteroposterior dimension is in the range of 2 to 4.5 cm and, finally, the thickness of the uterus – from 2 to 4 cm. During the gestation period, the uterus grows naturally and can reach 32 cm in length and up to 20 cm in width;
In the postpartum period, the uterus begins to shrink at a rapid pace and returns to the previous dimensions.

The size of the uterus increases due to various pathological conditions:

-uterine myoma;
-adenomyosis.
With an increase in the size of the uterus, a woman may be disturbed of such symptoms:
-belly in the lower abdomen;
-urinary incontinence;
-violations of the menstrual cycle, increased blood loss during critical days;
-increase in body weight.
If the ultrasound reveals a decrease in the size of the uterus, it is said that uterine hypoplasia starts. There are several degrees:
-hypoplasia of the uterus;
-infantilism;
-aplasia of the uterus.
Depending on the severity of uterine hyperplasia, the following symptoms are possible:
-late onset of menstruation;
-the delay of puberty;
-reducing the libido;
-irregular cycle or absence of menstruation;
-problems with the onset and pregnancy.

Carrying out hormone replacement therapy can help increase the size of the uterus, which increases the likelihood of successful pregnancy. The only exception is aplasia of the uterus, pregnancy in this situation is possible only as a result of IVF with the transfer of the embryo to the surrogate mother.