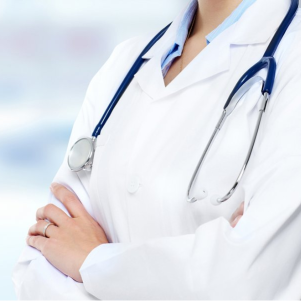 Israel is a country, where Bible formula “be fruitful and multiply” works in the best way. Traditional values, such as creation of family and having children, combined with the modern technologies, which make possible to become parents even in the most difficult cases of infertility, create extremely good legal and medical base for IVF and surrogacy treatment here. Israel will be for a very long time the leading country in infertility treatment with the best specialists and the biggest amount of IVF cycles per year per population. First of all, because of the government policy and support for anybody, who have desire to create a family.

Is surrogacy legal in Israel?

Agreements for the Carriage of Fetuses Law (Approval of Agreement and Status of the New Born), 5756-1996 and Amendment 2 to it made in 2018 are the main legal acts which regulate access to surrogacy in Israel.

According to the Law, surrogacy is considered as an infertility treatment due to strict medical indications for heterosexual married couples or single women, residing in Israel. In both cases there should be a genetic link to at least one of the parents (in case of married couple to the Intended Father, in case of single woman to herself only, it is not possible to use donor’s oocytes for single woman).

Only gestational surrogacy is allowed here. It is mentioned, that the surrogate mother should not receive money as a compensation for her services. However, she has right for full remuneration due to the time, dedicated to surrogacy process, all medical expenses, expenses for closes and lost income during pregnancy. The amount of money she can get according to surrogacy contract, signed with the Intended Parents, should be preliminary confirmed by special state Committee (Approval Board).

What is the Approval Board?

Legal status of Intended Parents (marriage, residence) is not the only one requirement for surrogacy. Their age should be between 18 and 54 (in some specific cases can be prolonged by the decision of the Approval Board). The Members of the Approval Board will also check their medical and mental status, their psychological readiness to undergo surrogacy process, will check if they are fully informed about the legal details of the process and if they are not prosecuted either in Israel or abroad. Usually the Approval Board gives its conclusion about surrogacy cases which take place on the territory of Israel. Nevertheless, sometimes it can also make a decision about surrogacy abroad if it is needed due to medical reasons.

It is forbidden to undergo surrogacy programs without the preliminary hearing in the Approval Board, as well as to make surrogacy programs in the IVF centers not authorized by the government. It can become a reason of prosecution and even imprisonment of the Intended Parents.

Who is a surrogate mother in Israel?

There are no requirements about her residence status, but there is a requirement about her religion. Surrogate mother should have the same religion (Judaism), as the Intended Mother not to create confessional conflicts after the baby is born. According to Judaism the baby gets his/her religion from the mother, who gave birth to this baby.

Read more about surrogacy and religion in our Blog!

It is recommended that the surrogate mother is single (widowed, divorced), conceived and gave birth to at least one her own healthy child and she is in the age from 22 to 39 years old. She also should not be a relative of the Intended Parents and have not more than 4 deliveries in total with not more than 2 fetus per pregnancy. Besides, it should has already passed at least one year since the last delivery.

In some cases, the Approval Board can give their acceptance to have a married woman as a surrogate, but they need to get an approval from her husband before the signature of the contract.

As a rule, egg donors are anonymous in Israel. Their cells can be used by the infertile Intended Mother due to medical reasons only, approved by the doctor. In some cases, egg donor can be known (only after such decision is taken by the Approval Board).

There are two types of egg donors in Israel. First is “a volunteer donor”, who is a woman with good health conditions, 21-35 years old. Second is “a treated donor”, who is a woman undergoing IVF treatment by herself and is willing to give her oocytes to another couple. Both types of egg donors cannot be relatives of the Intended Parents. A volunteer donor should also be single (not married).

Financial compensation for egg donors is plain for everybody and established by the government. One donor cannot make more than three donation cycles (with the time gap at least 180 days between the cycles).

PGD testing can also be used here, due to the medical indications only.

Who are recognized as legal parents of the baby?

At the end of the fifth month of the surrogate mother’s pregnancy the Intended Parents are obliges to notify the authorities about the approximate date of her delivery. The social worker should be present during the delivery of the surrogate mother and will organize the transfer of the baby to the residency of Intended Parents. In such a way the authorities are checking social and living conditions for baby, protecting his/her best interests.

Israel residents have right to get financial support from the government in the end of surrogacy process regardless the country where the program was performed. Parents are eligible for the hospitalization expenses coverage, even if the baby was born abroad. The difference is that in one case the government pays directly to the Maternity House and in another case Parents should show receipts from the hospital situated abroad to claim some funds back.

Moreover, the Intended Parents are entitled to get grants after the baby’s birth as well as get a birth and parenthood period from their place of work.

Surrogacy in Israel is a very interesting topic, however, we cannot recommend this country for our international clients, who are searching for options abroad due to the legal requirements.

At the same time, we are happy to inform you that the experience of Israel’s IVF specialists can be find not only in Israel, but also in Belarussian-Israel clinic we work with.

Contact us today to get more information about our surrogacy programs in Belarus we have for foreigners!